The CORONAVISION window project in Westwerk continued through lockdown into 2021. In November before Covid arrived the band I play in, The Heffels – w/ Carsten Dane (keyboards, organ, piano, voice, samples), Christoph Meier (upright bass, e-bass and banjo), Stefan Persson (guitar) and myself (drums, percussion, voice) – invited a number of musicians to play and record music with us over a week. The production, which took place in the hall of Westwerk, generated many hours of astonishing improvisitions and will be edited into material for an LP in 2021/2022.

In early 2021, The Heffels decided to create a dense extract of this collaborative work and compiled a short piece of some fifteen minutes called »A Swimming Symphony«. We asked the video artist Josephin Böttger to create a video based on the aquarium theme underlying a concert given by The Heffels in 2017 that had led to the recording session in November. Josephin composed a beautiful visual dialogue between mysterious submarine activity and fleeting portraints of the musicians to match the aquatic soundtrack we had created. A six-minute excerpt of her piece can be heard on Soundcloud: soundcloud.com/user-492684819

The video, »A Swimming Symphony«, was projected from inside Westwerk's closed-down hall (where the ensemble had recorded back in November 2018) onto the window installed in the buiilding's entrance gate. Hidden speakers in the gate's arch broadcast the soundtrack onto the snow-covered street. Passers-by out walking between early evening and late at night were surprised by this sudden warm ambush of music and images of giant fish converging with shots of the musicians performing "under water".

Here just a few stills showing the mood and colour of Josephin's video. The entire video can be seen here 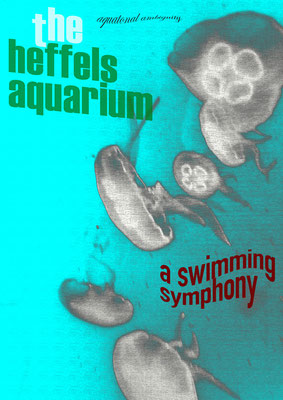 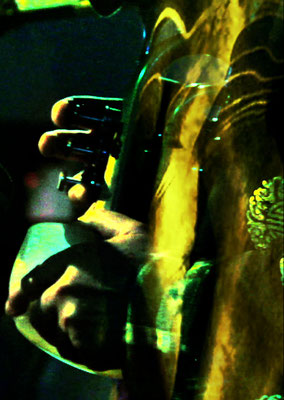 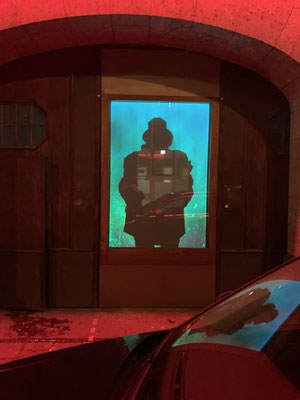 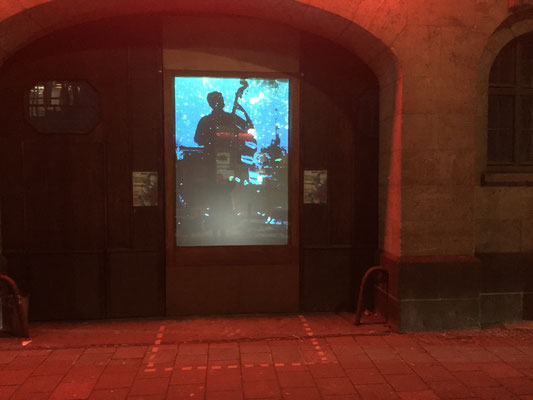 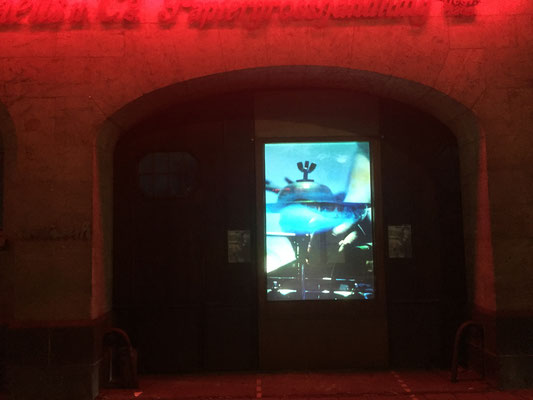 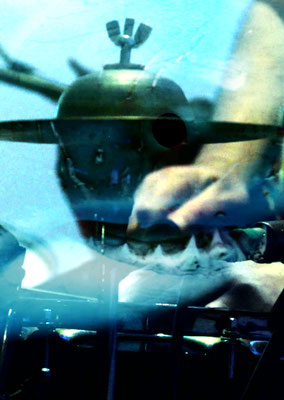 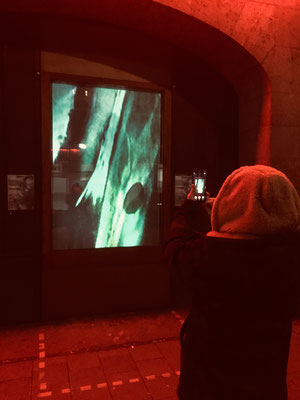 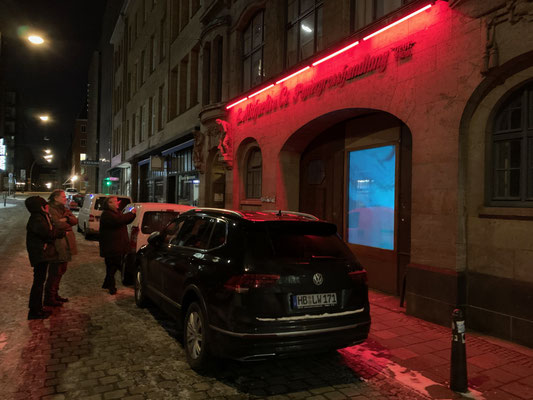